A shopkeeper who stole more than £6,000 of savings from an elderly customer with Alzheimer’s by taking ‘terrible advantage’ of her during the pandemic has been jailed.

Ponnampalam Jeyapalan was supposed to be helping the isolated victim, who is in her 90s, but instead obtained her bank details and made a number of cash withdrawals for himself.

Durham Crown Court heard that the offending carried on for around ten months during the peak of the coronavirus pandemic when the elderly victim was ‘isolated’ and ‘suffering from real issues with her memory’.

Jeyapalan was eventually caught in April 2021 and checks revealed he had taken a total of £6,513 while running the Woodham Village Store in Newton Aycliffe, County Durham. 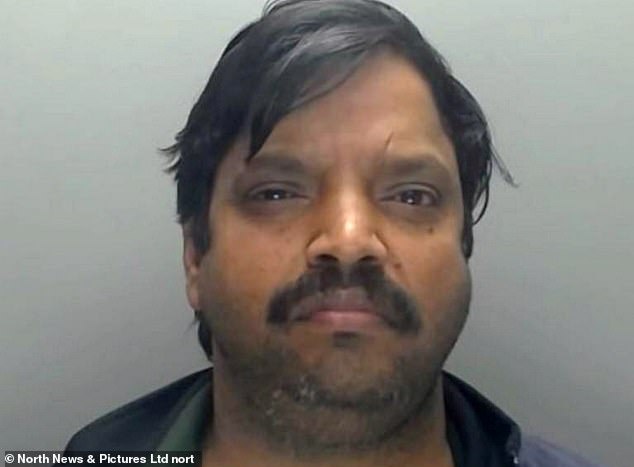 Ponnampalam Jeyapalan, who ran a local corner shop, stole more than £6,000 from an elderly woman 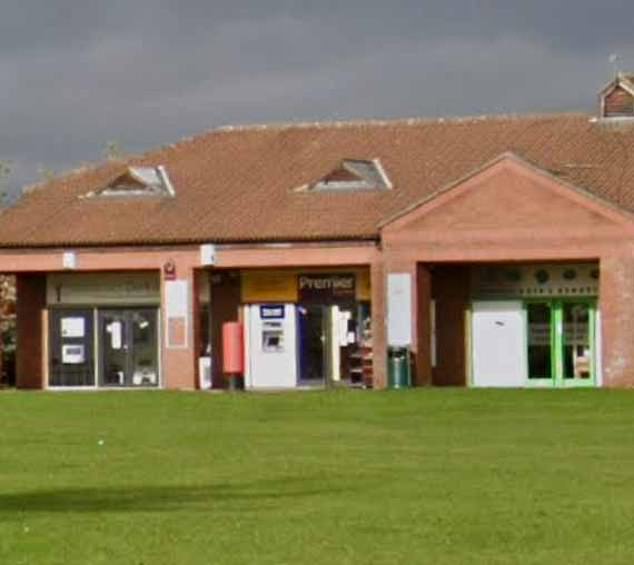 Jeyapalan ran the Woodham Village Store in Newton Aycliffe, Country Durham where the elderly victim went up to three times a day

He initially gave the explanation that the complainant had permitted him to use her bank account.

He denied a charge of fraud at his first crown court appearance, in early November, when a trial was fixed to take place this week.

But the 48 year-old defendant, of Geneva Drive, Darlington, changed his plea to guilty at a hearing in early December.

Prosecutor, Martin Towers, said the victim was not said to be a wealthy woman and the amount taken represented a proportion of her savings.

He told the court: ‘There was an abuse of trust in this case that took place for most of a year.

‘It would seem there must have been an inference he deliberately targeted her due to her obvious vulnerability.’

The victim’s niece told the court through an impact statement that her aunt was ‘absolutely horrified’ when she was informed of the fraud.

The niece described it as ‘a gross betrayal of trust’ and said her elderly relative no longer felt safe in the community.

Since the crime was uncovered, she said her aunt has had a subsequent further decline with the effects of Alzheimer’s taking hold.

Judge Jo Kidd said the victim of this fraud had lived an independent life, was careful with her money, and as a result of her hard work, had savings.

The judge told Jeyapalan, who has no previous convictions: ‘You took advantage of her vulnerability at a period of time in her life between August 2020 and April 2021.

‘That coincided with the pandemic. It’s difficult to imagine how hard that was for her, being isolated during that period.

‘It will have, no doubt, resulted in her having less contact with friends and family.

‘She was obviously suffering from real issues with her memory. That will have been obvious to you. She visited your store up to three times a day.

‘You took terrible advantage of her vulnerabilities over a significant period of time.

‘Shops of your sort are at the heart of the community, a lifeline for people like her, particularly at a time like the pandemic.

‘You were able to put yourself out there as a respectable business person.

‘You stole her financial information in order to use her bank account to pay your debts.

‘You were able to do that due to her ill health, and, despite the obvious and continuing deterioration in her condition, you continued to steal from her.’

Brian Russell, mitigating, said that although £6,000-plus was taken, his client did not completely clear out her savings.

Mr Russell said: ‘The reason for the offending, which I don’t suggest is any form of excuse, is because this man came to this country attempting to earn an honest living, by working hard, setting up a business.

‘But that had not worked, as he found himself under the burden of snowballing debt, and that’s the reason he made the very foolish decision to defraud this lady.’

He added: ‘It’s not an attempt to try to buy his freedom, but I’m clearly instructed that the money to compensate the victim is available.

‘I appreciate there may be some scepticism about that, but despite his debt, he’s managed to set this money aside, available to be paid within the next 28 days.’

However, Judge Kidd described that as a ‘cynical offer’, and that she couldn’t understand why he only offered the refund on the day of sentencing.

Imposing a sentence of one year and eight months, the judge said: ‘You were at the heart of the community in the provision of services and you persistently preyed on the most vulnerable member of that community.’

She also ordered that the full £6,513 should be repaid within the next 28 days.