By Gina Kalsi For Mailonline

Skeletal remains which are thought to be two decades old were found lying in a bed by council workers.

The body was found in a derelict, boarded-up house on Beecher Street in Mallow, County Cork in Ireland on January 13.

The remains were discovered in a bed by council staff who raised the alarm when they were clearing out the property.

Butter dating from 2001 was found in the fridge by officers investigating the discovery. 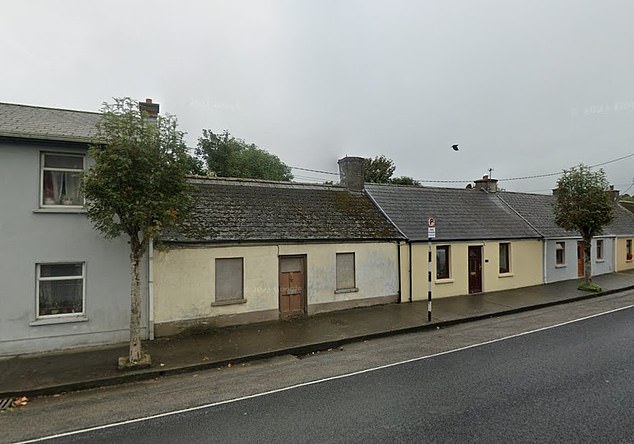 The body was found in a derelict, boarded-up house on Beecher Street in Mallow, County Cork in Ireland (pictured) on January 13

Gardi cordoned off the scene around the one-storey house, which is yards away from a pub, while the fire service took the decomposed body to Cork University’s hospital morgue.

Foul play is not suspected by Gardai, however neighbours thought the man, who they described as reclusive, had relocated to England.

Mallow Cllr Liam Madden told the Irish Mirror: ‘The big thing is identification now, it is going to take a long time.

‘It’s very sad that there’s some family out there that could be looking for this person.’

Cllr Madden added that it was ‘extraordinary’ the body could have been undiscovered for 20 years.

Those investigating hope to confirm the identity of the person via dental records. A postmortem examination was due to be carried out yesterday evening.

Officers plan to check with utility companies to determine the time of death.

Gardai have said they are investigating ‘all the circumstances’ and have asked anyone with information to contact Mallow Garda Station on 022 31450.