By Matt Powell For Mailonline

This is the moment a woman kicks a man away in defence as he lunges at her on a double decker bus.

The TikTok video of the creepy man on what appears to be a London bus has been viewed nearly 19million times and received 46,500 comments.

The man in the video, titled ‘pov (point of view): ur a woman’, seems unaware he is being filmed. A caption says the original footage was around five minutes long but has been edited down to the ‘worst bits’. 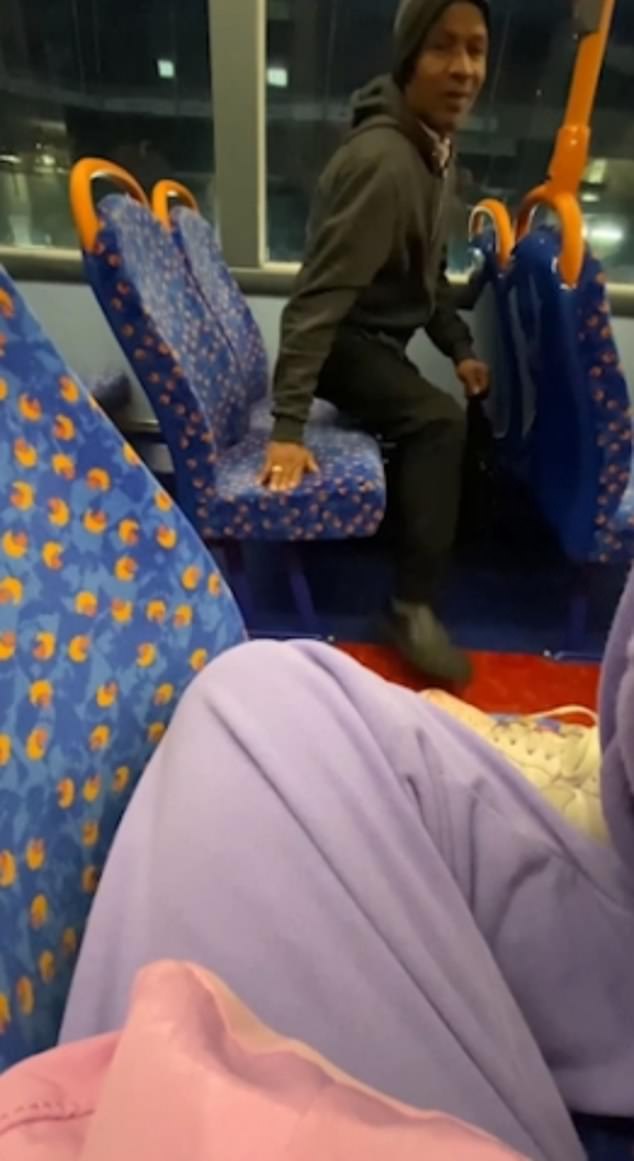 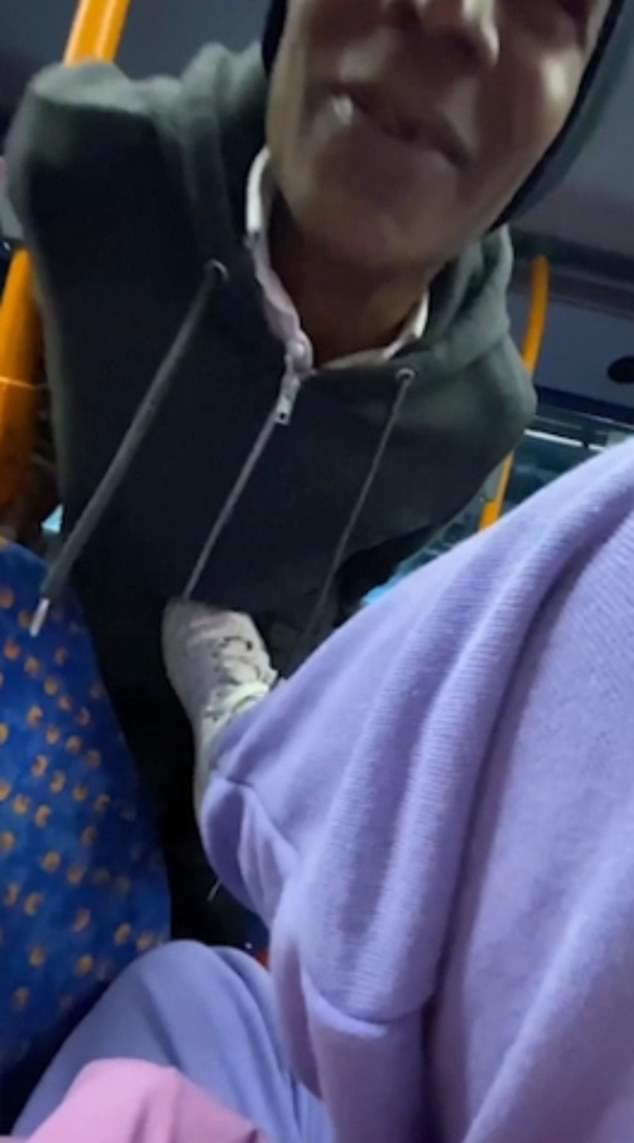 The TikTok video of the creepy man, titled ‘pov (point of view): ur a woman’, has been viewed nearly 19million times

In the video a man dressed in a dark hoodie and woolly hat sits across from the woman, filming with her legs and feet up on the seat next to her.

The man, sat across the aisle, notices her and leans toward her while sticking his tongue out.

He continues to stare at her and then gives and thumbs up with his left hand and then another one with his right hand a few seconds later.

The man continues, unaware he is being filmed, and smirks as he covers his mouth with his hand. 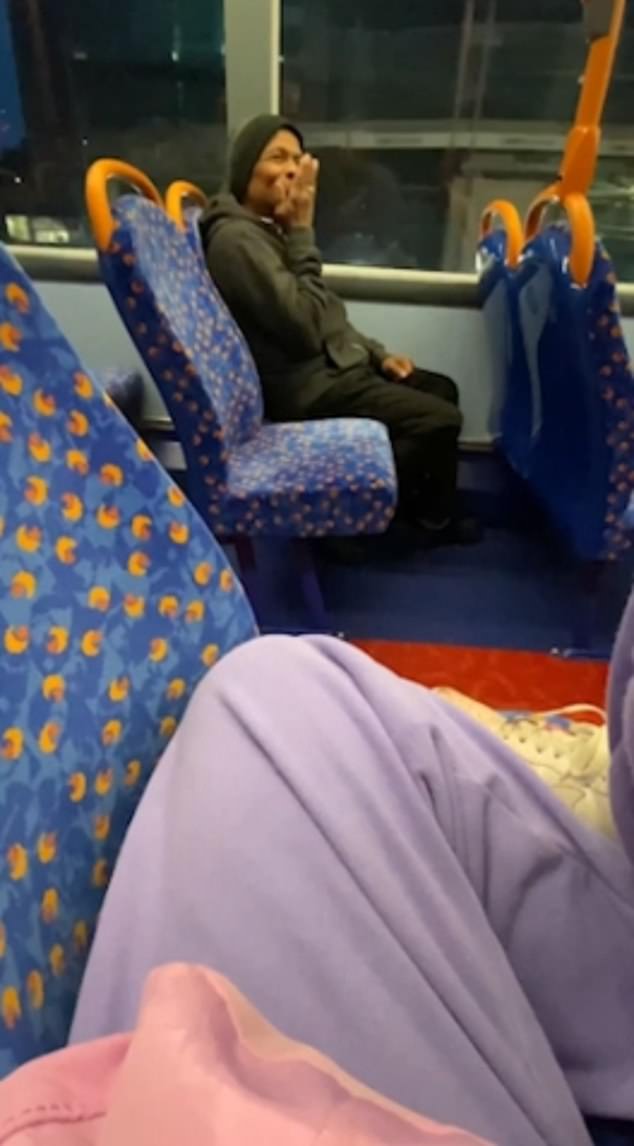 After that he brings his open hand to his pursed lips three times, in what appears to be an effort to blow a kiss to the woman.

The video cuts to the bus at a stand still and the man appears to be getting up to leave but shockingly he lunges over the woman.

The stunned woman covers herself and kicks the man away while saying ‘No, no. Okay that’s it.’

The man then takes a step back while the panicked woman quickly walks down to the front of the bus. 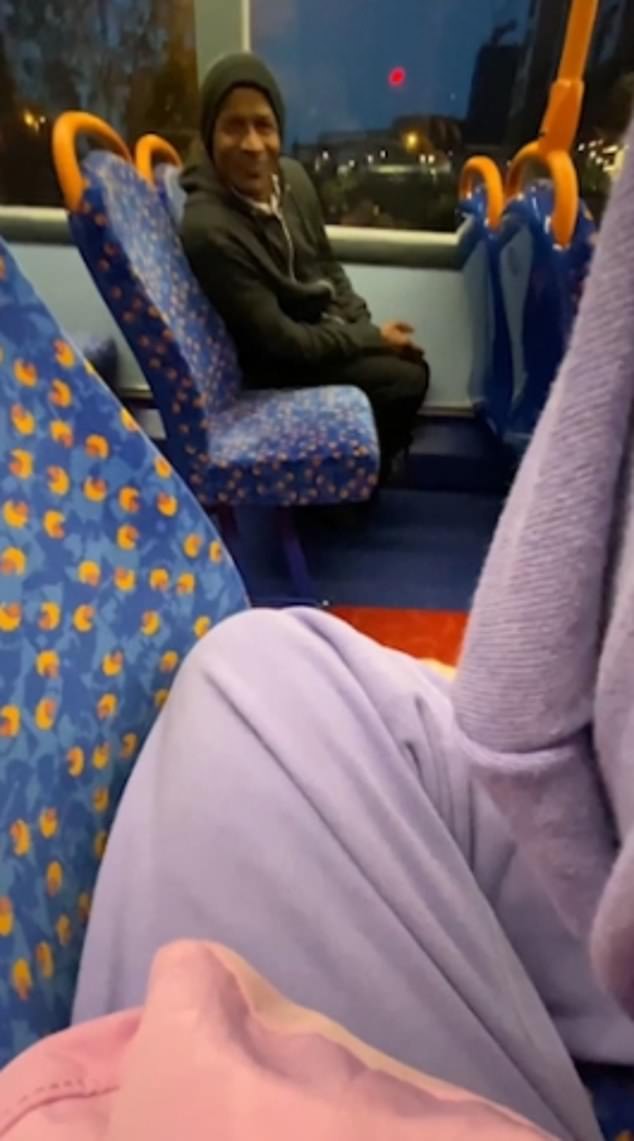 The video has been liked 2.7million times and many commenters sent the woman messages of support

The video has been liked 2.7million times and many commenters sent her messages of support.

One person wrote: ‘OMG. Even I got scared when he got up and it’s through the phone.’

Another added: ‘I got terrified when he stood up u r so brave I would have screamed at him.’

While a third said: ‘That is so scary at night time as well, I’m so sorry. Why can’t us women just feel safe?’

A fourth person commented: ‘My blood went cold, I would’ve cried on the spot. So sorry this happened.’