Writer’s retreat! Lancashire coastal cottage with separate tower – used by famous novelist and renting for £90 a night – could be yours for £950,000

By Myra Butterworth For MailOnline

A tower that was once used as a writing retreat by the Victorian novelist Elizabeth Gaskell and now rents out for £90 a night is up for grabs.

The Lancashire coastal property is for sale for £950,000 and includes a separate three-bedroom cottage, which can be used for living quarters, while the tower can be rented out to provide an additional income.

The property is reportedly no longer taking bookings as it is for sale, but the tower was successfully rented out last year, according to its website. 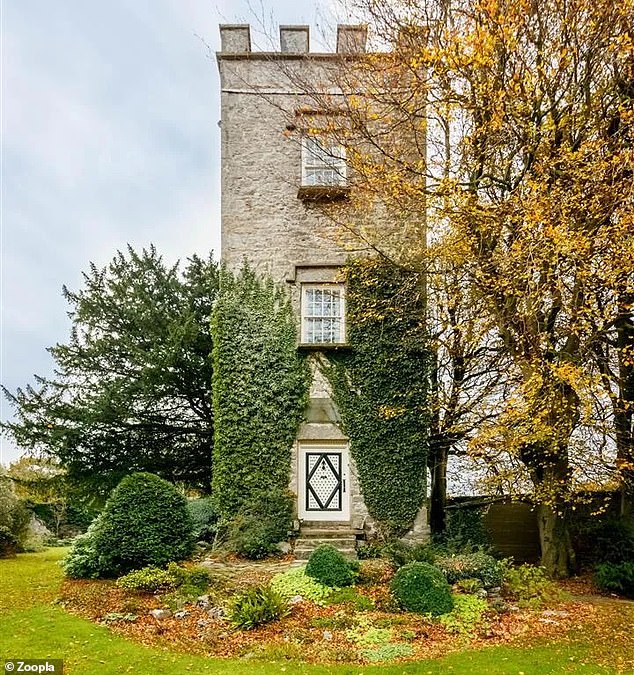 The Lancashire coastal property includes this tower (pictured) and is for sale for £950,000 via Fine & Country estate agents 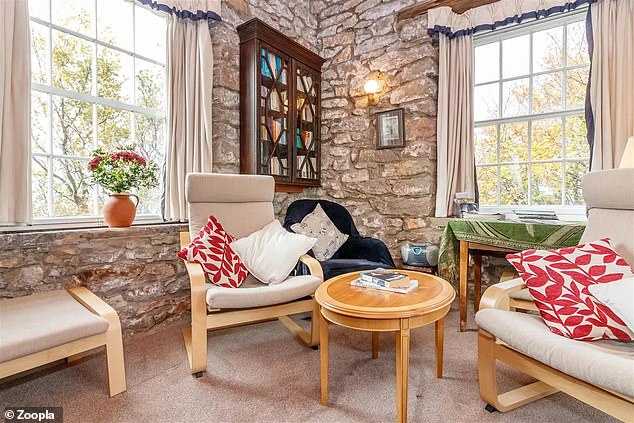 The property is on the fringes of the picturesque Lancashire coastal village of Silverdale.

It is close to the Leighton Moss bird reserve and within the Arnside and Silverdale Area of Outstanding Natural Beauty, making the tower appealing to ramblers looking for a place to stay.

The tower was built in 1842 as a summer house by the wealthy Fleetwood family, which gave their name to the port of Fleetwood that lies 20 miles to the south.

During the 1840s and 50s, Victorian novelist Elizabeth Gaskell used the tower as a frequent writing retreat while working on such literary classics as North and South, Cranford, Wives and Daughters, Ruth, and The Life of Charlotte Bronte.

In the early 20th century, the tower fell into disrepair until it was restored in 1966 and designated a Grade II listed building in 1968.

In 1992, the current owner refurbished the tower once again to create the current layout, as well as re-designing its walled garden. 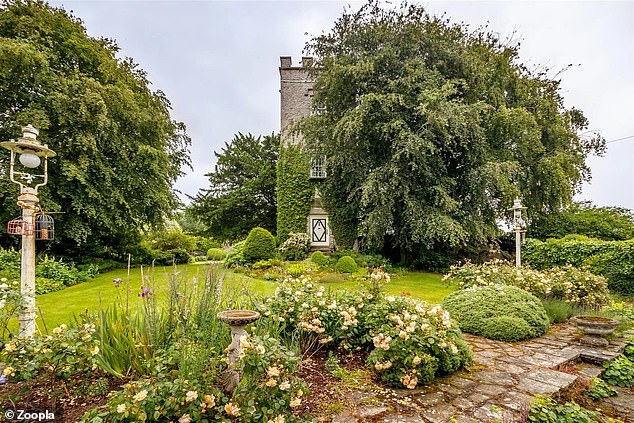 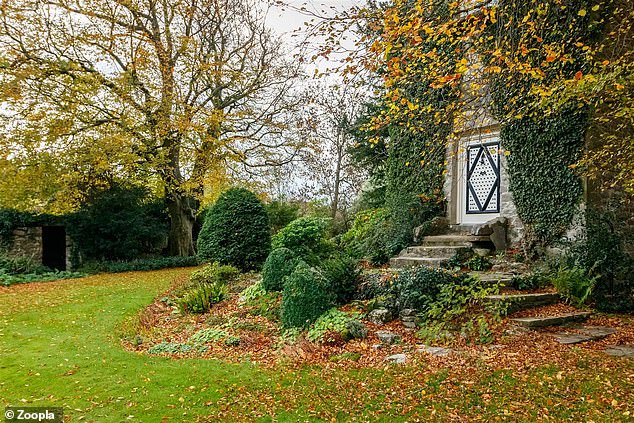 During the 1840s and 50s, Victorian novelist Elizabeth Gaskell used the tower as a frequent writing retreat 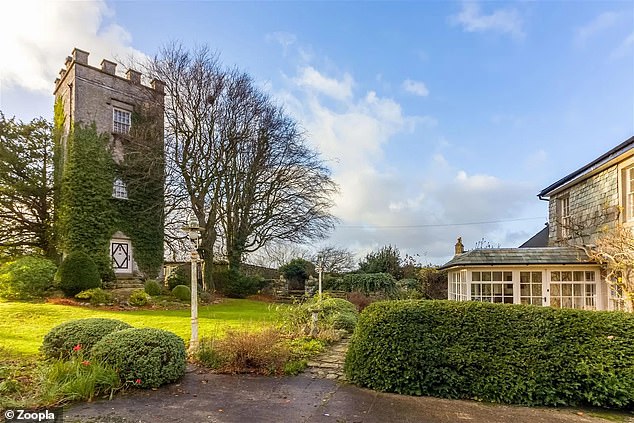 The tower is called Lindeth Tower and sits next to the main house, which is called Tower House 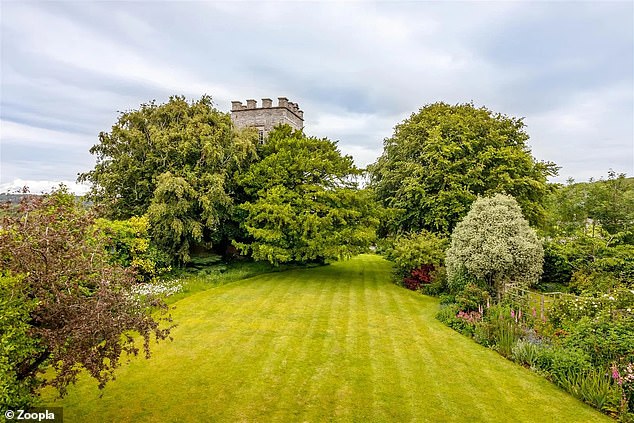 In the early 20th century, the tower fell into disrepair until it was restored in 1966 and designated a Grade II listed building in 1968

The tower is called Lindeth Tower and is accessed via an impressive studded front door, leading to a well-equipped kitchen and bathroom on the ground floor.

Climbing the stairs to the first floor, there is a bedroom, with windows overlooking mature gardens surrounded by high castellated walls.

A second, and very steep, staircase leads to a cosy living room that takes full advantage of the panoramic views across the sands of Morecambe Bay.

A third short flight of stairs leads via a hatchway to the open rooftop patio, perfect for looking out across the countryside. 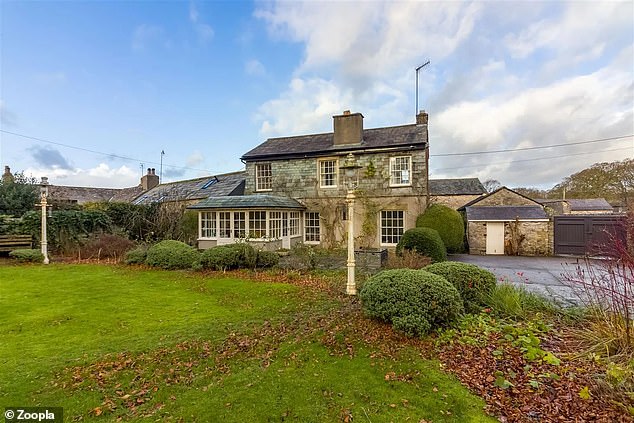 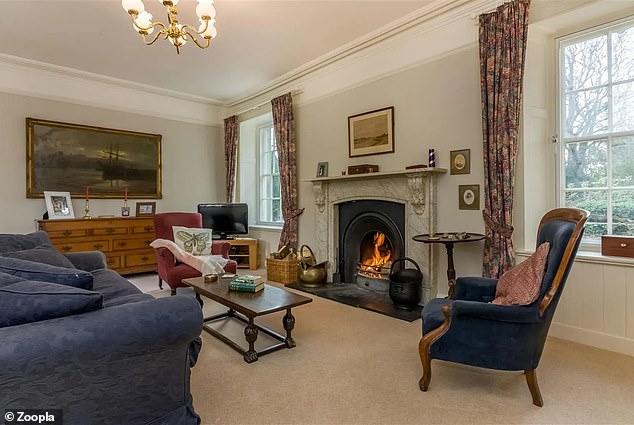 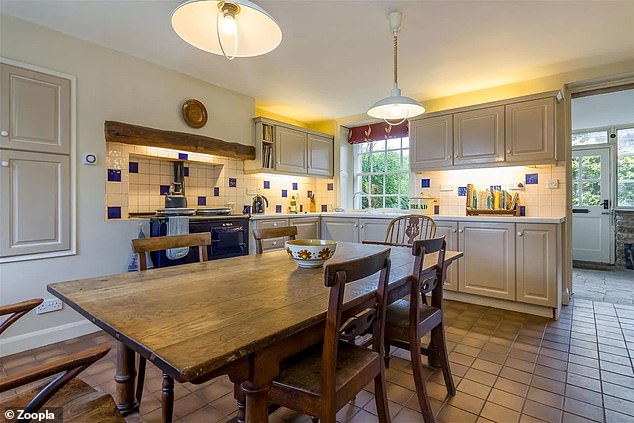 The kitchen has stone-coloured wall and base cabinets, along with a country-style tiled floor

The separate house is called Tower House and has three bedrooms and a single detached garage.

The entire property – including both the three-bedroom house and the tower – is being sold via Fine & Country estate agents.

Daniel Copley, of Zoopla, said: ‘This spectacular property is the perfect abode for a nature-lover who is searching for a home that is truly one of a kind.

‘Not only does the property include Grade II Lindeth Tower with breathtaking views of the surrounding countryside – but it also provides easy access to local National Trust beauty spots and scenic walks along the Morecambe coastline.’