The ‘sextortionist’ who allegedly posed as a teen girl and drove a 17-year-old boy to suicide after threatening to post explicit photos of him was finally arrested.

Ryan Last, a straight-A student from San Jose, died by suicide in February when he could not had over $5,000 to Jonathan Kassi, 25, who is suspected of pretending to be a girl sharing naked photos with Last before blackmailing the unsuspecting boy.

Kassi was apprehended on Thursday in Van Nuys, California, north of Los Angeles, and was arraigned on Monday as he faces charges of extortion and attempted disorderly conduct by posting photographs or recordings without consent, KTVU reported.

The San Jose Police Internet Crimes Against Children said the Kassi was connected to a much larger West African ‘sextorition’ syndicate, and had been using multiple usernames to prey on teens on social media. 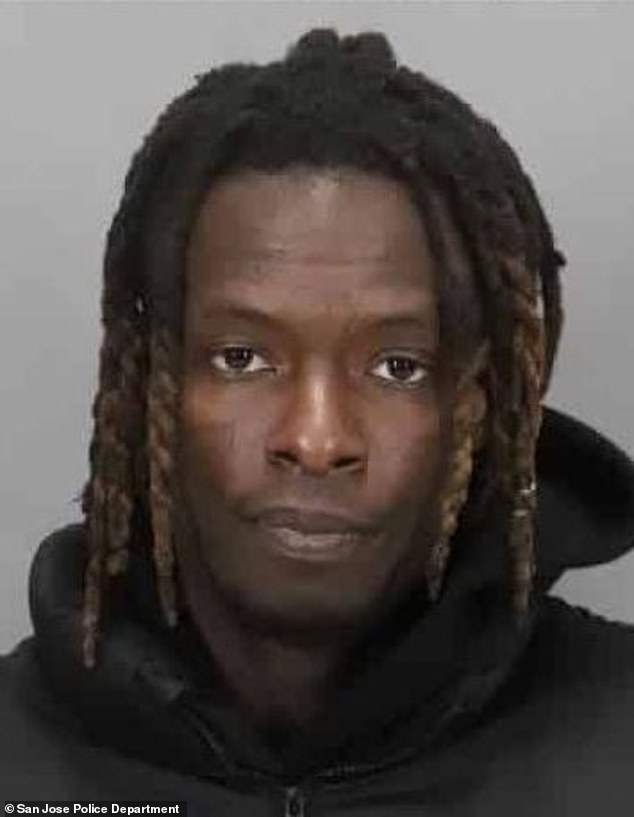 Jonathan Kassi (above), 25, was arrested for allegedly posing as a teenage girl online and sharing explicit pics with Ryan Last, 17, before demanding $5,000 or else he’d share the photos of the boy to his friends and family 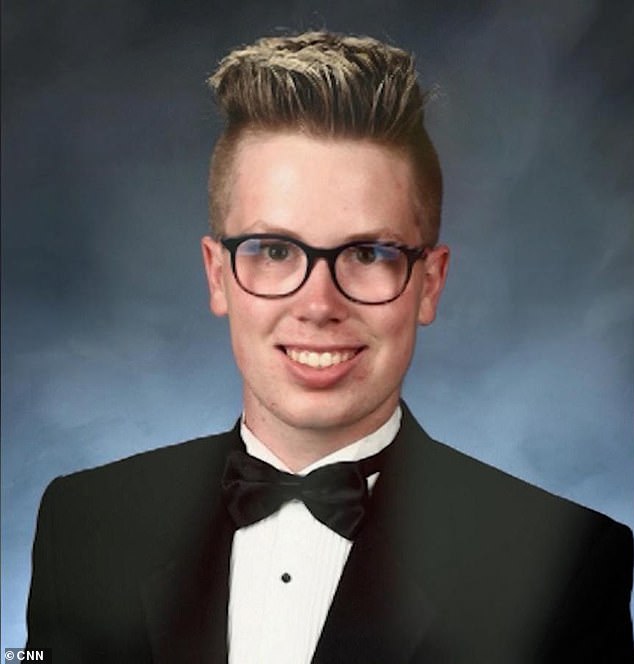 Last (pictured), of San Jose, California, took his own life in February. The case became a symbol for the rise in ‘sextortionists’ targeting kids, especially teenage boys 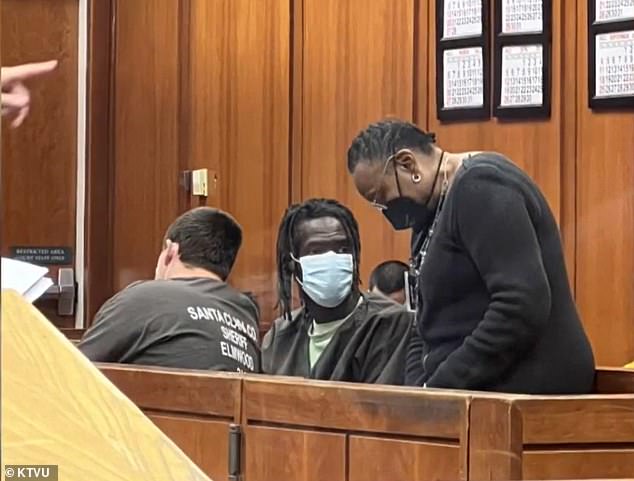 Kassi appeared at the Santa Clara County Superior Court on Monday (above), where he was charged with extortion and attempted disorderly conduct by posting photographs or recordings without consent. His bail was set at $250,000 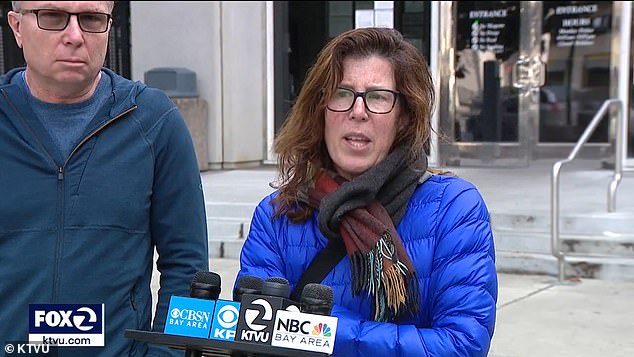 Last’s mother, Pauline (right) has since become an advocate raising awareness over ‘sextortion’ scams targeting teens. Her heartbreaking appearance on Dr. Phil earlier this year brought the topic into the national spotlight

According to the FBI, sextortion is a serious crime that occurs when someone threatens to distribute your private and sensitive material if you don’t provide them images of a sexual nature, sexual favors, or money.

The perpetrator may also threaten to harm your friends or relatives by using information they have obtained from your electronic devices unless you comply with their demands.

Victims tend to remain silent out of embarrassment and shame, causing them to feel that there’s no way out of the cycle of blackmail threats.

The FBI has recorded more than 18,000 complaints about sextortion in the U.S. in 2021, with losses totaling more than $13 million.

On December 11, 2022, the FBI re-issued a nationwide alert on the spike of sextortion scams targeting youths, with at least 3,000 children, mostly teenage boys, reported as the latest victims this year.

The cases have been linked to more than a dozen suicides, the most the Department of Justice has even seen regarding these crimes.

According to Last’s family and investigators, Kassi had sent the teen a naked photo they claimed was of themselves, then asked him to send one back in return.

Immediately after the scammer tricked Last into sending an intimate photo of himself, he demanded $5,000 from the teen or else they would share the photo of him online.

When the 17-year-old told the criminal he could not pay the full amount, Kassi allegedly asked for $150, which Last had to take out of his college savings.

But investigators said Kassi continued to pester Last for more cash, and drove him to end his own life after threatening to share the explicit photo of him to family and friends.

Last took his life inside his family home, just days before his 18th birthday, leaving a suicide note explaining what happened.

Pauline, who has since become an advocate against ‘sextortion’ scams targeting teens, said her family was unaware of what happened because her son, like many victims of these scams, felt too embarrassed to reach out for help.

‘We honestly never thought that something like this could target us, could reach out family,’ Pauline told reporters on Monday.  ‘It just shows how easy it is.’

She added that she was glad detectives were able to track down the man allegedly responsible for her son’s death.

‘It’s amazing to know they worked really hard and were able to get somebody,’ said Stuart. ‘There’s still a lot of work that needs to be done in educating families and kids.’ 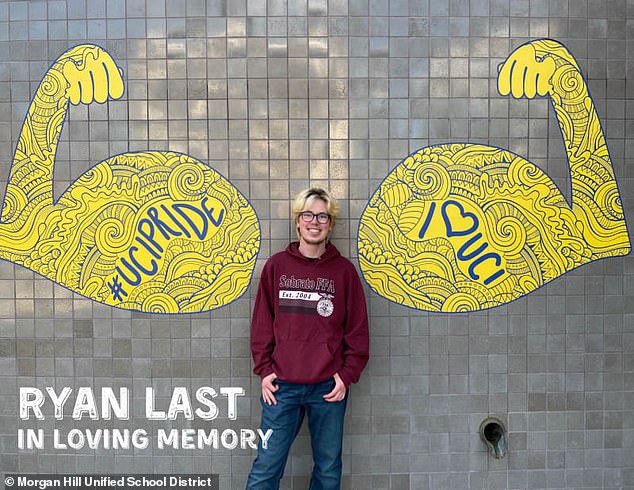 The high school senior and Boy Scout had finished visiting colleges when he was contacted by a scammer pretending to be a girl. After paying the ‘sextortionist’ $150 to not share explicit photos of the teen online, the criminal demanded more and more 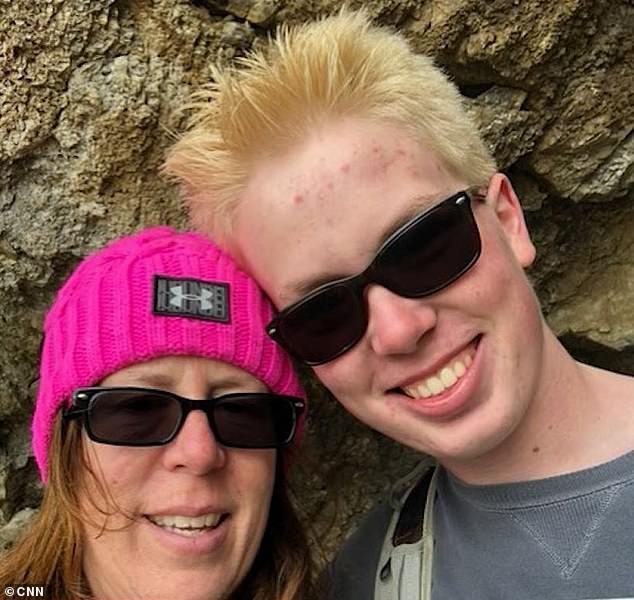 Pauline, pictured with Last, said her family is heartbroken, but she is thankful to law enforcement for finally tracking down the man allegedly responsible for her son’s death

The stricken mother first shared the details about her son’s death earlier this year after finding out what happened when reading his suicide note.

She said: ‘Somebody reached out to him pretending to be a girl, and they started a conversation,’

‘He really, truly thought in that time that there wasn’t a way to get by if those pictures were actually posted online,’ Pauline told CNN. ‘His note showed he was absolutely terrified. No child should have to be that scared.’

‘They kept demanding more and more and putting lots of continued pressure on him,’ Paul said, adding that the family only learned about what happened following Last’s suicide and a police investigation.

‘How could these people look at themselves in the mirror knowing that $150 is more important than a child’s life?

‘There’s no other word but ‘evil’ for me that they care much more about money than a child’s life,’ she added. ‘I don’t want anybody else to go through what we did.’ 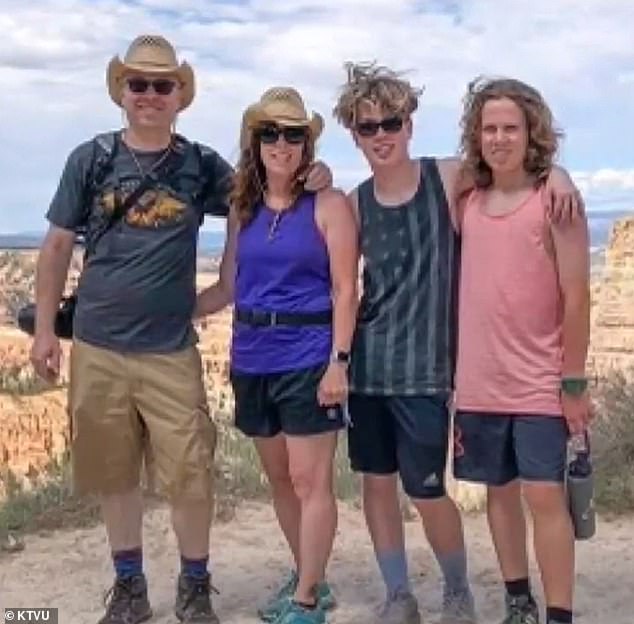 Pictured: Last (second from the right) out on a trip with family

Following Kassi’s arraignment in court, the FBI re-issued a nationwide alert on the spike of ‘sextortion’ scams targeting youths, with at least 3,000 children, mostly teenage boys, reported as the latest victims this year.

Most of the victims were found to be between 14 and 17, but some included kids as young as 10 years old.

The cases have been also linked to more than a dozen suicides, the most the Department of Justice has even seen regarding these crimes.

Victims tend to remain silent out of embarrassment and shame, causing them to feel that there’s no way out of the cycle of blackmail threats.

‘Victims may feel like there is no way out—it is up to all of us to reassure them that they are not in trouble, there is hope, and they are not alone,’ FBI Director Christopher Wray said in a statement.

FBI Supervisory Special Agent Dan Costin, who leads a team to counter crimes against children, told CNN earlier this year that US boys are being targeted by scammers from Africa and Southeast Asia.

While the FBI is working with law enforcement officials around the world to track down these ‘sextortionist,’ Costin said there could be many more cases the agencies don’t know about given that victims may not always report the crime.

‘The embarrassment piece of this is probably one of the bigger hurdles that the victims have to overcome,’ Costin told CNN. ‘It can be a lot, especially in that moment.’