A man who was cruelly scammed by his glamorous sugar baby has shared the fake invoices and intimate text messages she used to con him out of more than $400,000 – as he reveals the major ‘red flag’ he missed.

The 47-year-old Sydney man was the first of two victims of Thai woman Siriluck Fatima Chimmalee who met the high-flying Aussie on the website ‘Secret Benefits’.

She convinced him to ‘invest’ $437,000 in a fake investment opportunity on the pretence that she would buy a luxury bag and sell it for a considerable profit.

Chimmalee used doctored receipts and intimate text messages to convince the man to invest and said he could retire and become a stay-at-home dad if he did.

The court heard the ‘sugar baby’ used the money to buy handbags for her personal use while the remaining funds was used to bankroll her luxury lifestyle.

She was sentenced to an aggregate sentence of four years and two months with a non-parole period of two years and 10 months. 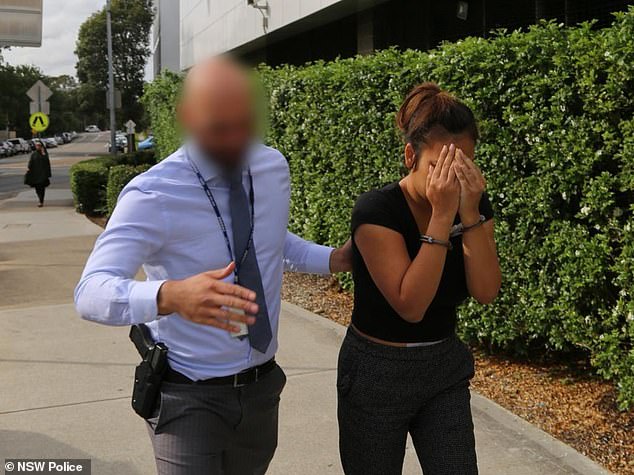 Thai national Siriluck Fatima Chimmalee (pictured) was sentenced to four years and two months, with a non-parole period of two years and 10 months, on Wednesday after she pleaded guilty to two counts of dishonestly obtaining financial advantage by deception 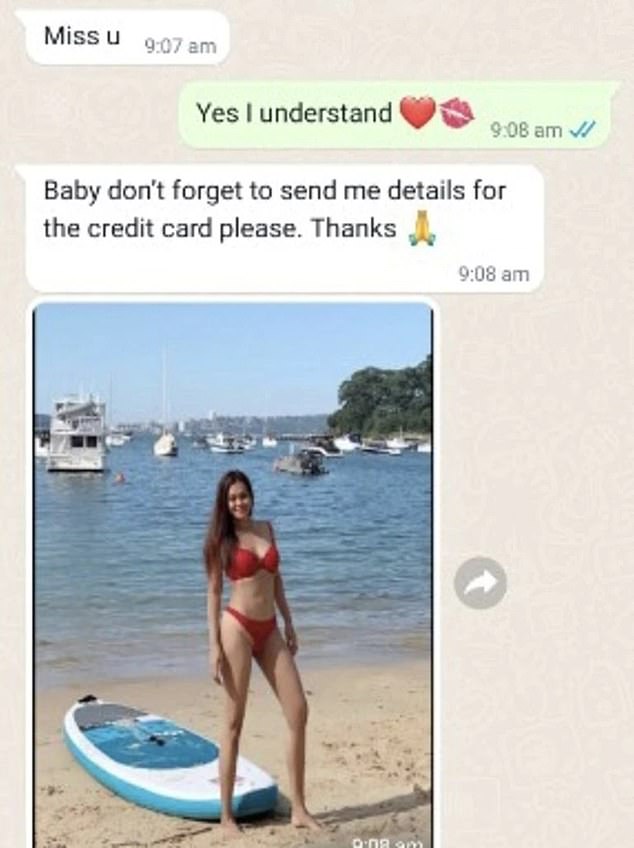 She convinced a 47-year-old man to ‘invest’ $437,000 in a fake investment opportunity after showing him a series of fabricated messages and fake receipts

The court heard Chimmalee started a sexual relationship with the man in June 2019 after discovering his online profile, which showed he made up to $200,000 to $250,000 a year and had a net worth of $10million.

She lied about her occupation, claiming she worked as a cleaner and wanted to be a barrister before convincing her sugar daddy she traded luxury handbags.

After receiving an invoice from Chimmalee for a $334,660 handbag, the 47-year-old told news.com.au that alarm bells started ringing.

The receipt had been forged, with a map of the world pictured inside the barcode.

‘Looking back, there were red flags earlier on that I should’ve seen,’ the man said.

‘I already had to select my earnings on the website, but she started asking things she didn’t need to know like what assets I have and other details about my finances.’

Chimmalee would tell the man she missed him before asking for his credit card details and sharing a photo of herself in a bikini.

In another exchange, she asked the man to choose between having a woman or having money, to which her victim replied: ‘I choose you’. 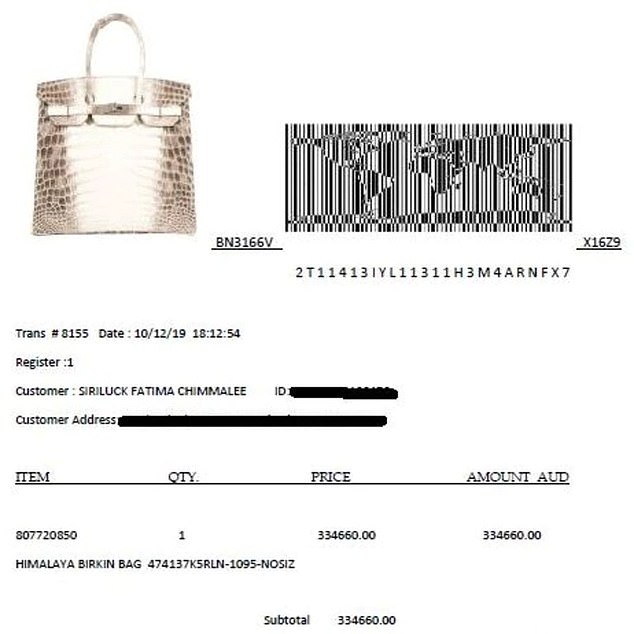 Eight months in, the man agreed to take their relationship to the next level and transferred her $13,000 for an engagement ring he would never see.

His world came crashing down when police arrived at his workplace and told him Chimmalee had scammed him out of almost half a million dollars.

He has vowed never to use a sugar daddy website again and says he will spend the rest of his life grappling with significant financial debts.

‘(I fell) in love with someone capable of building a dream life but only to discover the heartbreak that I am a victim of a scammer that has deceitfully stolen my future in the cruellest possible way,’ the man said.

District Court Judge John Pickering labelled the scam as ‘unsophisticated’ and said Chimmalee stole more than money from her victim. 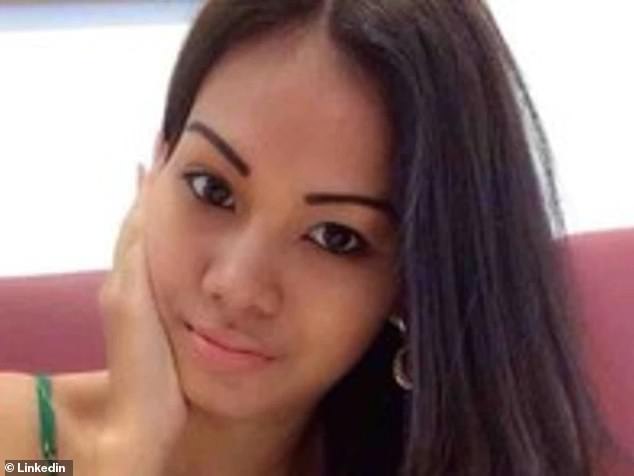 The court heard Chimmalee used the money to buy handbags for her personal use, while the remaining funds were used to fund her luxury lifestyle 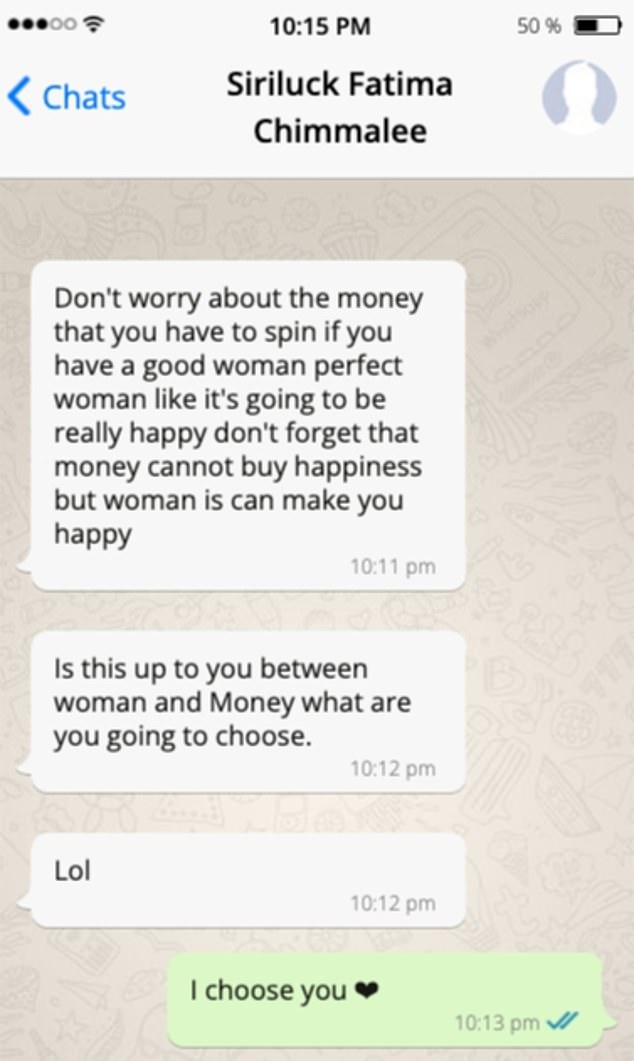 In another exchange, Chimmalee told her victim he needed to choose between having a woman or having money, to which the man replied: ‘I choose you’

‘You not only stole his heart and his beliefs in relation to getting married, you stole his money as well,’ Judge Pickering said.

‘It probably wasn’t the most sophisticated fraud ever… you get to know someone, you’re confident and charming, and you’ve successfully convinced him he could make lots of money’.

The judge said a second victim had fallen for Chimmalee’s ‘unique skill set’ after they met through the dating app ‘Happn’.

She used his name to open a loan for a ‘business idea’ and defrauded him of $27,650 into a service she named PickMe’ – an Uber-style delivery service for parcels.

Her defence lawyer argued Chimmalee suffered anxiety and depression caused by trauma from a miscarriage and her father’s death. 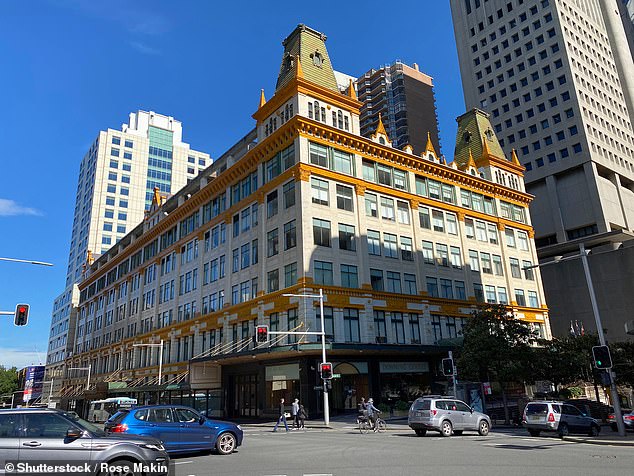 Judge John Pickering told Downing Centre District Court (pictured) Chimmalee’s scam was ‘unsophisticated’ but that she had stolen not only her victims money, but also their hearts

She said the Thai national had been forced to financially support her family.

Chimmalee, who recently lived in Strathfield South, in Sydney’s Inner West, has one child in Thailand and two in Australia.

She was handed an aggregate sentence of four years and two months, with a non-parole period of of two years and 10 months.

Chimmalee will be eligible for parole on December 20 this year, as her sentence was backdated to her arrest in February 2020.

The 31-year-old will face trial in May next year over separate fraud charges.