‘Hold on, this in my office and y’all doing this magic?’ Florida teacher is fired after video showed her disrupting Muslim students mid-prayer saying ‘I believe in Jesus so I’m interrupting the floor’

By Vanessa Serna For Dailymail.Com

A teacher in Florida has been fired after a video went viral showing her interrupting Muslim students’ prayer time and calling it ‘magic.’

The shocking footage showed the unidentified teacher at Franklin Academy in Pembroke Pines kicking the hands of teenage boys as they prayed on their mats.

Three students were seen in the video reciting the Islamic prayer with tranquil music in the background before the teacher barged into what appeared to be a PE classroom.

‘Hold on, this is my office and y’all doing this magic?’ the teacher said. ‘I believe in Jesus, so I’m interrupting the floor.’

The video has racked up more than three million views since it was posted on Wednesday. 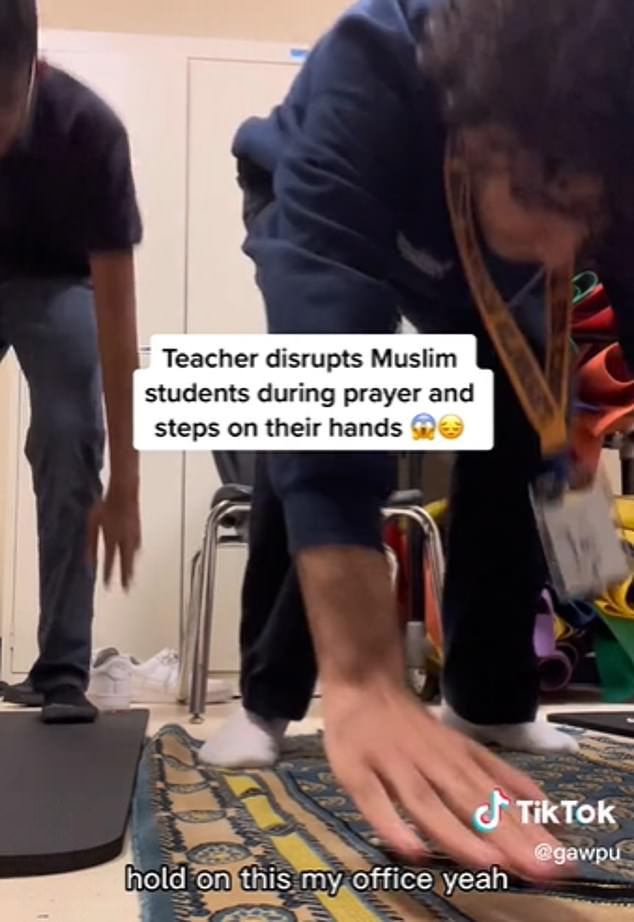 The students appeared to remain calm when the teacher entered the classroom and started to blow her whistle at them.

Despite her attempt to disrupt their prayer time, they continued.

‘Who told them to come in here?’ the teacher can be heard asking another person.

The person who posted the video poster, dubbed gawpu, wrote: ‘I literally don’t even believe what happened to me is real’.

Franklin Academy – which has several locations in Florida – released in a statement that they do ‘not tolerate discriminatory behavior.’

‘Franklin aims to develop inquiring, knowledgeable and caring young people who help to create a better and more peaceful world through intercultural and racial understanding and respect,’ the school said in a statement to Local 10 news.

‘We not only look for our student body to develop these traits but for our faculty and staff to exemplify them as well.

‘While we do not discuss personnel matters, we can share with you that the teacher in question is no longer a member of the Franklin Academy staff.’ 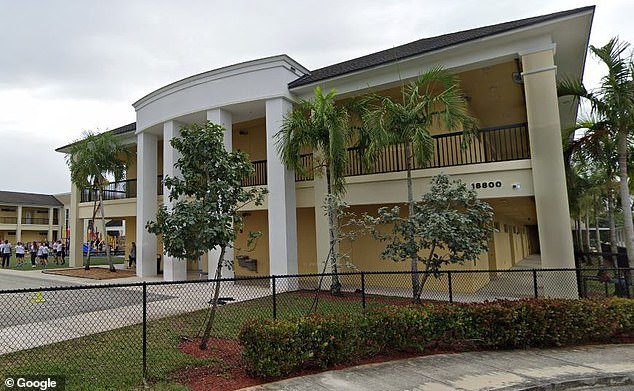 The incident occurred at Franklin Academy charter school in Pembroke Pines, Florida, in what appeared to be a PE classroom 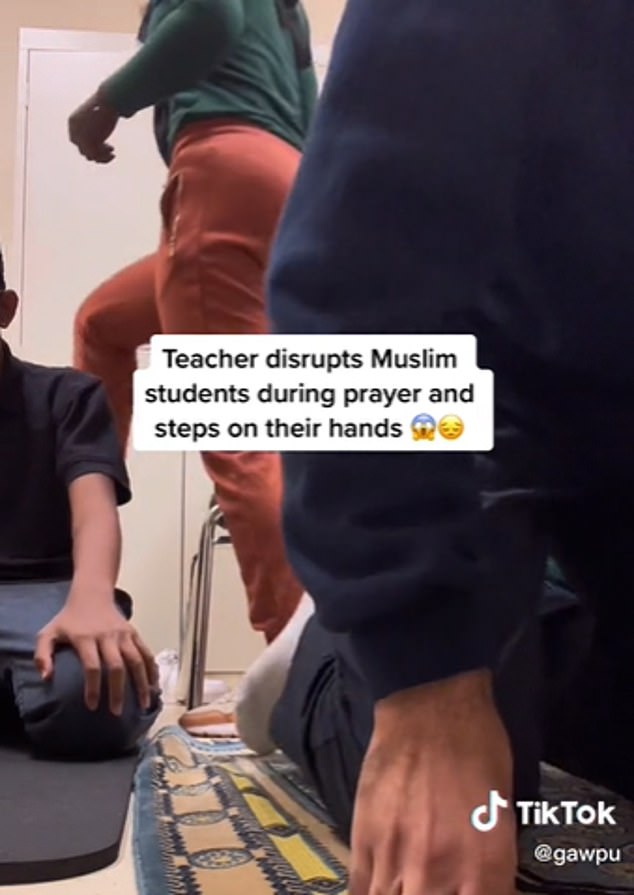 ‘I believe in Jesus, so I’m interrupting the floor,’ the teacher can be heard telling the students in the video 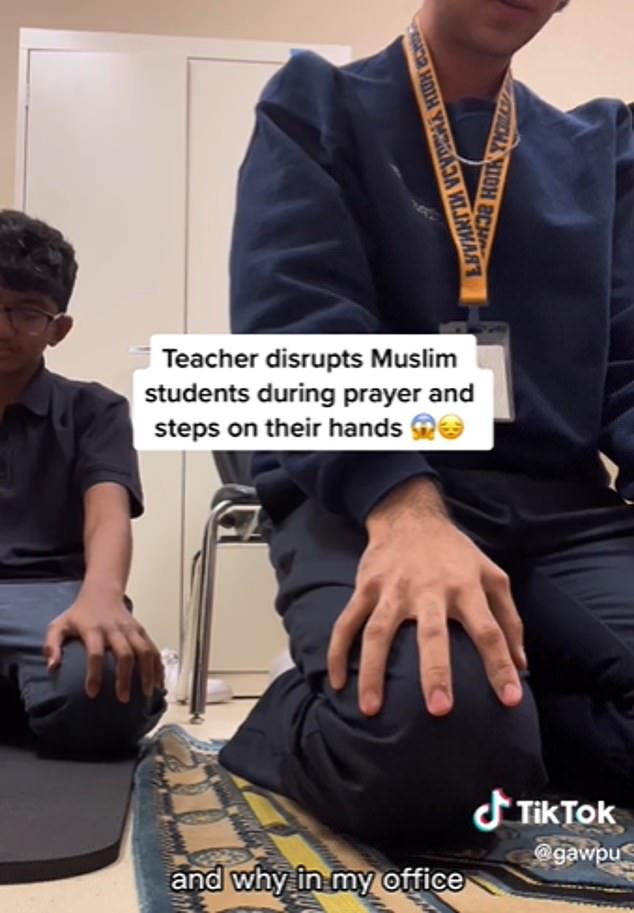 School officials said that the teacher was later fired

Viewers were outraged by the teacher’s actions, especially her choice to call the Islamic prayer ‘magic.’

‘She’s supposed to protect them [and] be educated enough to know that isn’t magic,’ one person wrote.

‘Regardless of what religion, if you see someone praying, you don’t interrupt. It’s called manners.’

Meanwhile, others commented about how impressed they were that the teenager remained calm and composed.

‘The gentlemen in that video showed amazing character and patience,’ one person wrote. ‘The students deserve a public apology on the school systems behalf.’

‘The disrespect to those children, who btw, beautifully kept praying. They deserve more than just firing that teacher and an email.’