By Ruth Walker For Dailymail.Com

Substations in Washington and Oregon have reported attacks similar to the one last weekend in North Carolina, which involved armed individuals and left tens of thousands without power amid freezing temperatures, and left one person dead.

A federal memo obtained by News Nation, warned: ‘Power stations in Oregon and Washington have reported physical attacks on substations using handtools, arson, firearms, and metal chains possibly in response to an online call for attacks on critical infrastructure’.

The aim of attackers, it said, was ‘to cause widespread power failures with the potential impact of social disruption and violent anti-government criminal activity’.

The memo added: ‘In recent attacks, criminal actors bypassed security fences by cutting the fence links, lighting nearby fires, shooting equipment from a distance or throwing objects over the fence and on to equipment.’

It is unclear how many facilities in both states were attacked, if locals were left without power, if there was a political motive for the attacks, and if anyone has been arrested. 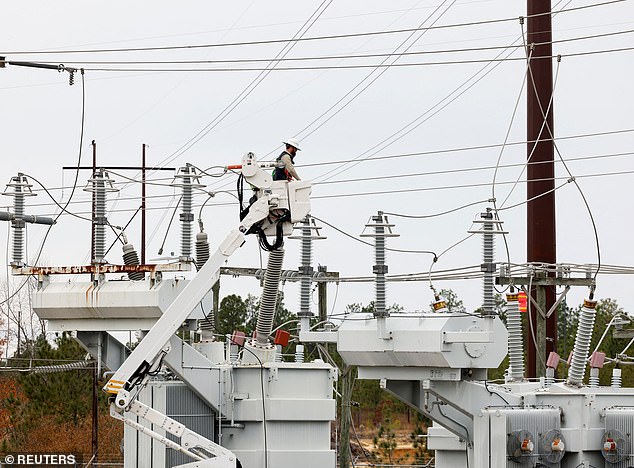 Law enforcement has yet to identify a motive for the weekend’s attack in Moore County, North Carolina, though investigators were exploring the possibility that the gunfire was an attempt to disrupt a drag show scheduled to take place Sunday.

Senator Tom Mcinnis, a Republican, said: ‘It appears to be an intentional, willful and malicious act and the perpetrator will be brought to justice and prosecuted to the fullest extent of the law.’

At their peak, the outages affected around 45,000 homes, causing residents to lose heat and schools to close. Duke Energy has now completed repairs and restored power to all but a fraction of those who lost electricity.

One person is known to have died at their home, which was without power at the time, but the cause of death is still to be confirmed. 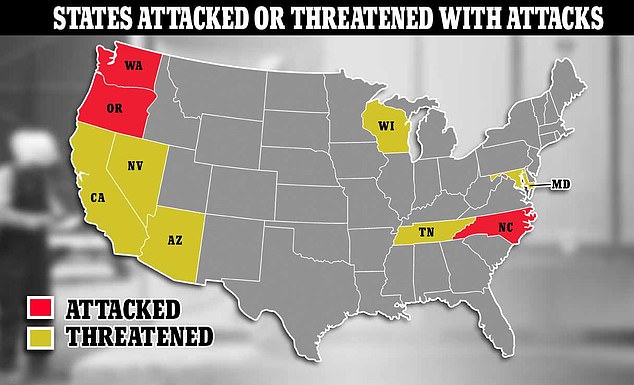 There have been similar cases of vandalism on substations  across the country recently.

On November 11, 12,000 people in Jones County, North Carolina, lost power for days, following a criminal attack. That investigation is ongoing and no arrests have been made.

Homeland Security then issued an alert on November 30, warning of an increased threat of domestic terrorism. 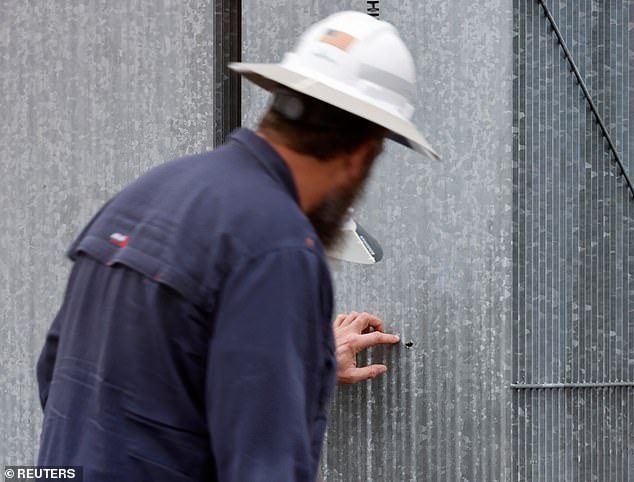 And in February, three ‘white supremacists’ pled guilty to planning rifle attacks on substations across the country.

‘These three defendants admitted to engaging in a disturbing plot, in furtherance of white supremacist ideology, to attack energy facilities in order to damage the economy and stoke division in our country,’ said Assistant Attorney General for National Security Matthew G Olsen.

It’s unclear whether they have been sentenced.