Birds pecking at the buffet table, undercooked food, flies buzzing everywhere and the nausea-inducing smell of sewage aren’t what you would expect from a 5-star luxury hotel in Cape Verde.

But this is what Anthony Hoban and his wife Lesley endured for ten days at the Riu Funana hotel on Sal Island during what was supposed to be a ‘holiday of a lifetime’.

The couple said they were served undercooked food that they believe was being recycled for other meals at the hotel, while flies buzzed around them.

Anthony, 66, and Lesley, 61, even saw birds pecking at food on the buffet table and said the smell of sewage was so bad they felt nauseous.

They are now joining more than 500 other British holidaymakers in launching legal action after they fell ill while staying at the luxury TUI hotel in Cape Verde.

Anthony and Lesley said that five days into their holiday in September, they both started suffering from gastric illness symptoms, including stomach pains and vomiting.

Anthony, from Consett, a town in County Durham, described their holiday as the ‘worst holiday’ the couple had ever been on. 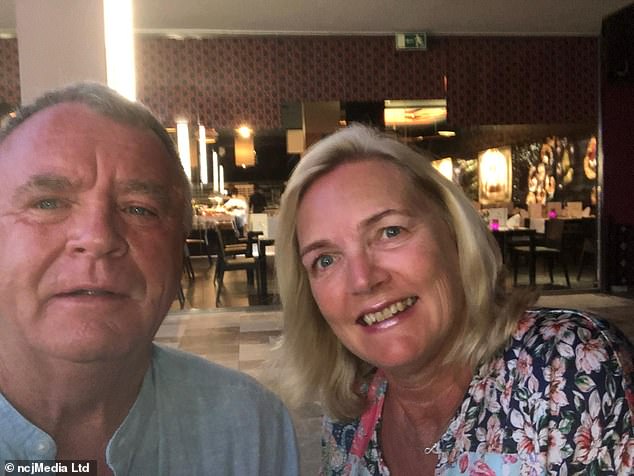 Birds pecking at the buffet table, undercooked food, flies buzzing everywhere and the nausea-inducing smell of sewage aren’t what you would expect from a 5-star luxury hotel in Cape Verde. But this is what Anthony Hoban and his wife Lesley (pictured together) endured for ten days at the Riu Funana hotel on Sal Island during what was supposed to be a ‘holiday of a lifetime’

Anthony, 66, and Lesley, 61, even saw birds pecking at food on the buffet table (pictured) and said the smell of sewage was so bad they felt nauseous

The Riu Funana hotel boasts that guests will enjoy ‘the best gastronomy’ and ‘unique culinary experiences’ – and ‘unique’ might be the best way to describe Anthony and Lesley’s experience.

Anthony said: ‘The flies seemed to be everywhere, with no real attempt to do anything about it and after a few days, we started to notice the food becoming a bit too repetitive and what had been out for lunch appeared to have been just recycled for dinner.

‘There were also birds pecking at the food on the tables in the buffet.’

He added: ‘This is not what you expect from what we thought was going to be a luxury break and both of us were so ill, it ruined a holiday we had so much been looking forward to.

‘We asked the rep in the hotel for help and they just told us to stay hydrated and it seemed they didn’t really care much about what was happening.’

Anthony said that the pool at the hotel was ‘filthy’ and a building nearby ‘reeked of sewage and left you feeling constantly nauseous’.

‘No one should expect this when they go away and the least we deserve is answers as to how this was allowed to happen and people fall ill with nothing being done.’ 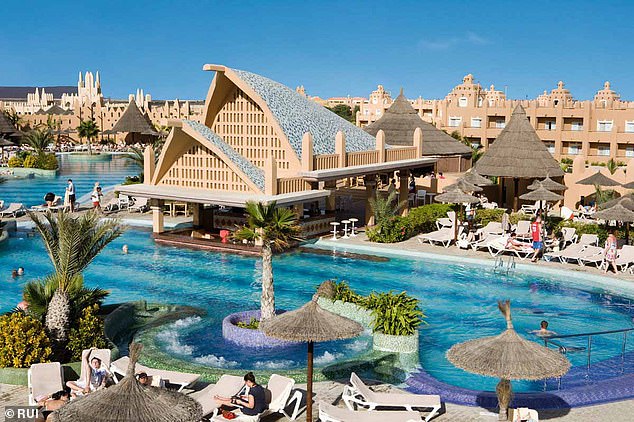 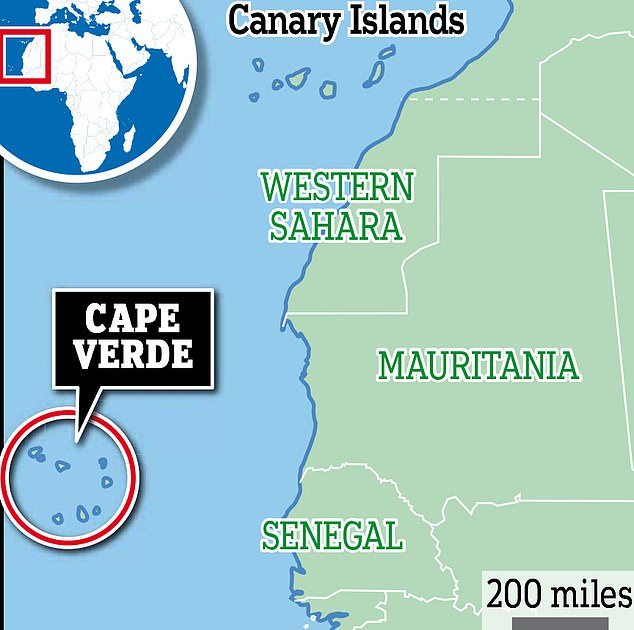 Cape Verde is just off the west coast of Africa and is roughly a six-hour flight from the UK. Its promise of year-round sunshine makes it popular with holidaymakers

Anthony also claimed that the bathroom in the couple’s hotel room contained cracked tiles and the towels supplied were ‘threadbare and contained holes’.

He added: ‘This was meant to be a luxury break abroad but is without doubt the worst holiday we have ever been on.’

Upon returning to the UK, Anthony and Lesley joined hundreds of holidaymakers who have launched legal action after being struck down with illnesses while staying at the luxury TUI hotels.

Other holidaymakers, including a newlywed couple on a honeymoon ‘from hell’, a man who was so ill he fell unconscious on the flight home and a couple who have still not recovered following their holiday nearly two months later, told of how they were also served raw food and stayed in squalid conditions.

The tourists reported being served ‘bloody chicken’ and food covered in flies, as well as a ‘strong sulphur smell’ in a hotel, causing some to cut their ‘dream’ holidays short.

Staying at seven hotels in Cape Verde, off the west coast of Africa, more than 530 holidaymakers, including Anthony and Lesley, have instructed specialist lawyers to investigate after their dream trip turned into a ‘holiday from hell’.

Among those were newlyweds Chris France, 32, and Amy Jacklin, 29, who said they were looking forward to their ‘dream come true’ honeymoon in Cape Verde but it soon turned into a ‘holiday from hell’.

During their stay they said they noticed ‘grubby’ conditions and that ‘food appeared to be re-served more than once’ with flies and animals everywhere, including cats in the restaurant.

The pair were just two days into their three-week stay at the five-star Riu Cabo Verde on August 9, when Amy began to suffer from stomach pains, vomiting and diarrehoea. 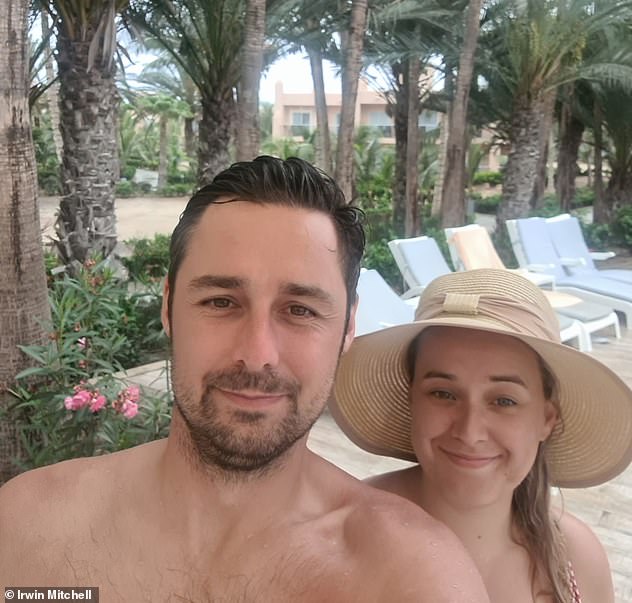 Newlyweds Chris France, 32, and Amy Jacklin, 29, both became ill during their stay at the Riu Cabo Verde in August 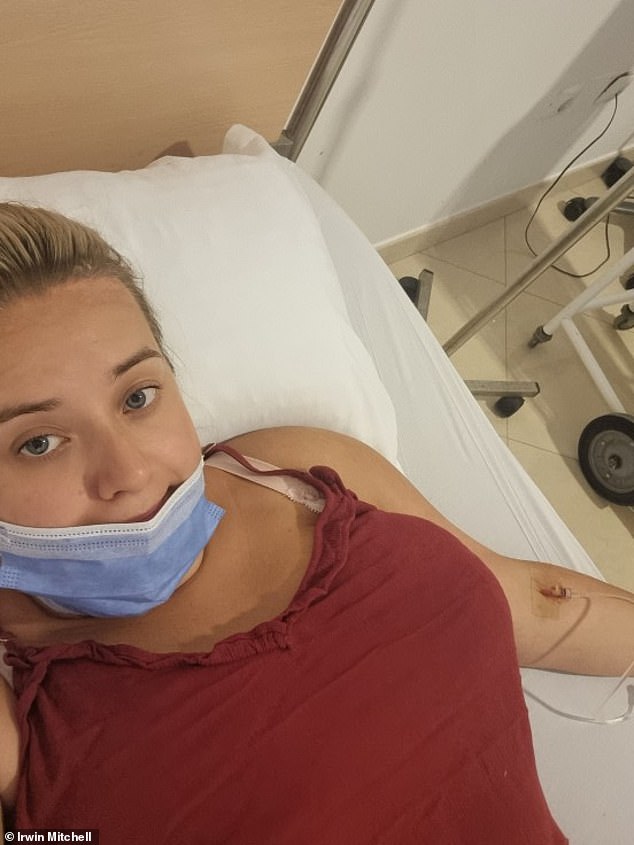 Amy Franklin, 29, was put on a drip in hospital after being struck down with a gastric illness while on her holiday in Cape Verde 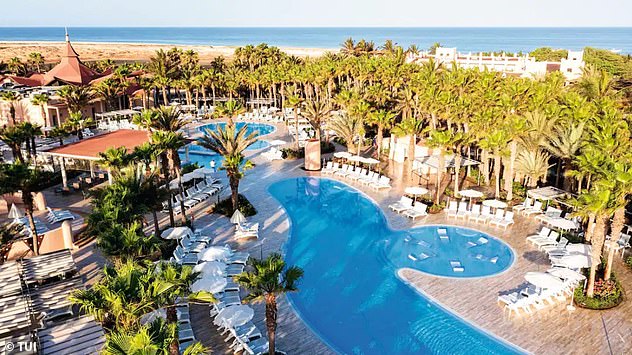 ‘I really wish we had never booked the holiday’: Couple from Devon reveal ‘total ‘nightmare’ at five-star Cape Verde hotel including raw food and fly-infested salads

Nichola Morley, 52, her partner Darren Cartwright, 57, from Devon who travelled to the Riu Palace in May for a two-week break to celebrate Mr Cartwright’s recovery from cancer.

But just one day into their holiday, Nichola began to suffer from stomach cramps, vomiting and diarrhoea, and the following day Darren began to experience similar symptoms and even started to hallucinate. 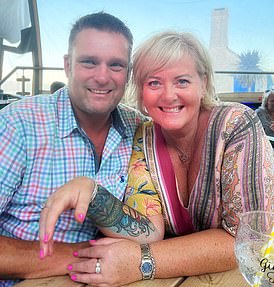 Nichola Morley, 52, and Darren Cartwright, 57, (pictured) are among those launching legal action after being struck down with gastric illness while holidaying in Cape Verde

After several days of not eating the pair went to hospital where they were both put on a drip. On arriving back in the UK Ms Morley was placed on a course of antibiotics by her GP and spent three weeks recovering.

Recalling the conditions at the hotel, she said: ‘The salad was covered in flies.

‘I grabbed a bit of bread and small piece of turkey, but when I cut it open it was pink and raw inside.

‘This was only a few days after I had complained about bloody chicken and I couldn’t believe it was still happening. It’s no wonder people were ill.

‘I really wish we had never booked the holiday, it turned into a total nightmare. All we can hope for now is some answers; it’s the least we deserve.’

Her symptoms continued to get worse and she was eventually taken to hospital, where she was put on a drip after being dehydrated and was discharged later that day.

About two weeks into the holiday, her partner Chris then became ill with the same symptoms, and visited a medical professional at the hotel who prescribed the couple with medication.

Amy said: ‘Chris and I had such a fantastic wedding and to complete it with a honeymoon in Cape Verde was meant to be our dream come true.

‘Our holiday of a lifetime turned in to the holiday from hell after just two days. I’ve never felt so ill and instead of enjoying our honeymoon, I was in hospital with Chris at my bedside.

‘As I started to improve, Chris then started to be sick. Our honeymoon was ruined and turned into a three-week nightmare we’ll always remember now for all the wrong reasons.

‘We had our doubts when the food appeared to be re-served more than once and flies and animals were everywhere, with cats in the restaurant.

‘The grubby linen and chipped, dirty plates were also not what you would expect from a five star hotel. To make matters worse, we spoke to the reps but we felt our concerns weren’t really dealt with.

‘We know others were ill at the hotel when we were and I wouldn’t be surprised to hear there were more. It’s not something you expect and I think the least we can ask is an explanation of what happened.’

Another tourist who fell ill after holidaying in Cape Verde over the summer was Richard Marshall, 46, from Finden in Derbyshire, who travelled to Riu Funana for a week’s holiday.

Two days before he was due to fly home, on September 3, he was struck down were severe gastric symptoms including stomach cramps, vomiting and diarrhoea.

Despite still being ill he managed to get on his flight but fell unconscious and woke to find himself surrounded by paramedics in what he described as a ‘frightening experience’.

Richard said that the food at the hotel ‘looked undercooked’ with the chicken appearing to be ‘raw’ on some occasions.

He said: ‘The flies were everywhere and there didn’t seem to be too much concern in keeping the food areas as clean as you would expect.

‘This year’s holiday is one I’ll always remember for all the wrong reasons. I have never felt so ill and to wake up on the plane surrounded by paramedics and then taken to hospital was a frightening experience.’

Another complainant is Lesley Breed, 53, from Sutton-in-Ashfield, Nottinghamshire, who travelled to the Melia Dunas Resort with her husband Grant, 53, and her son Finn, 15, in July.

The family ‘all fell ill’ during their stay, with Lesley adding: ‘I’m not surprised when I recall the undercooked meat at the restaurant and the poor hygiene. 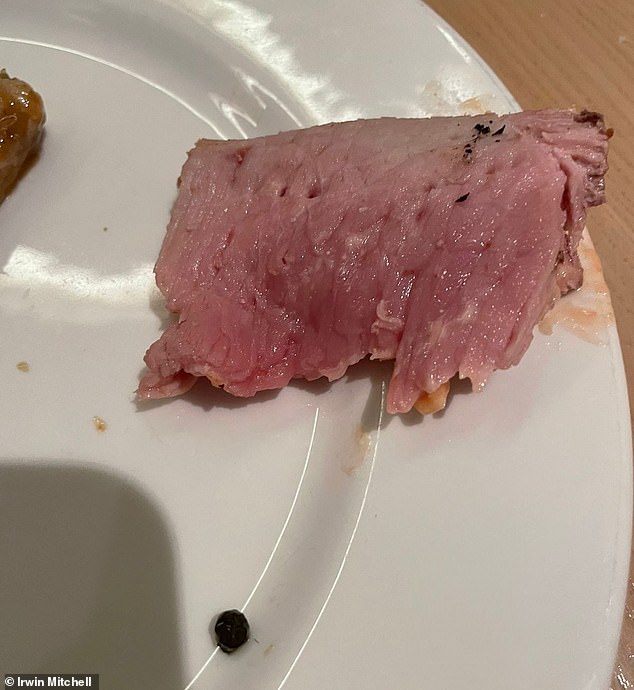 ‘I remember phoning housekeeping twice for basic essentials such as toilet paper and water, but still had to end up going to reception myself.

‘If they can’t get the basics right, it’s no wonder the hotel is in the state it is.

‘Something needs to be done so no others have to go through what we did.’

Jatinder Paul, a senior associate solicitor at Irwin Mitchell, said the law firm was supporting ‘more than 500 people, including more than 200 people who stayed at the Riu Palace Santa Maria alone, who at best had their holiday ruined and at worst had their health seriously affected following stays in the Sal area of Cape Verde.’

Mr Paul, who specialises in international personal injury cases, continued: ‘That so many should have been affected at these hotels, in the same region under the same tour operator, has left the people we are representing with a lot of questions over what happened to them this summer and we’re determined to help them find the answers.’

A spokesperson for TUI said: ‘We are sorry to hear about these experiences in Cape Verde, however as this is now a legal matter it would be inappropriate to comment.

‘We’d like to reassure customers that we regularly audit all of our hotels in respect to health and safety, including hygiene.’