Not so happy now: Smiling fraudster found GUILTY on dozens of charges after bribing an NAB staffer with millions of dollars in kickbacks

By William Ton And Miklos Bolza For Australian Associated Press

An event management company executive has been found guilty on dozens of fraud and bribery charges after splashing millions of dollars in kickbacks to bribe a former senior National Australia Bank staffer.

Helen Mary Rosamond, 47, was accused of defrauding NAB by sending falsified and inflated invoices from Human Group to the bank and paid millions of dollars in gifts to Rosemary Rogers to ensure they were paid.

A NSW District Court jury on Wednesday found Rosamond – who was pictured smiling for news cameras outside court in August – guilty on 69 counts of 92 including corruptly giving Rogers hundreds of thousands of dollars worth of benefits between 2013 and 2017. 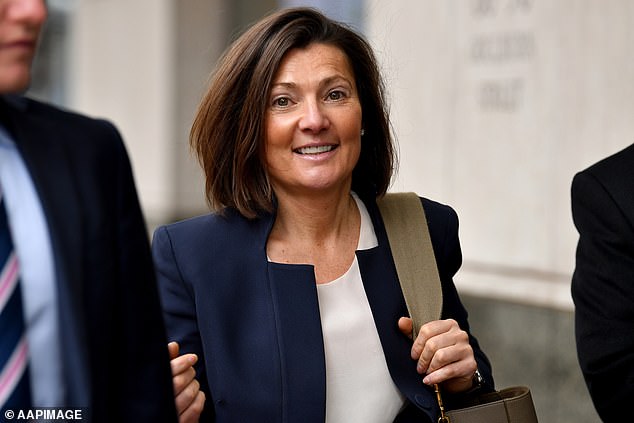 Helen Mary Rosamond, 47, (pictured in March, 2019) has been found guilty of dozens of fraud and bribery charges after she was accused of defrauding the NAB with falsified invoices 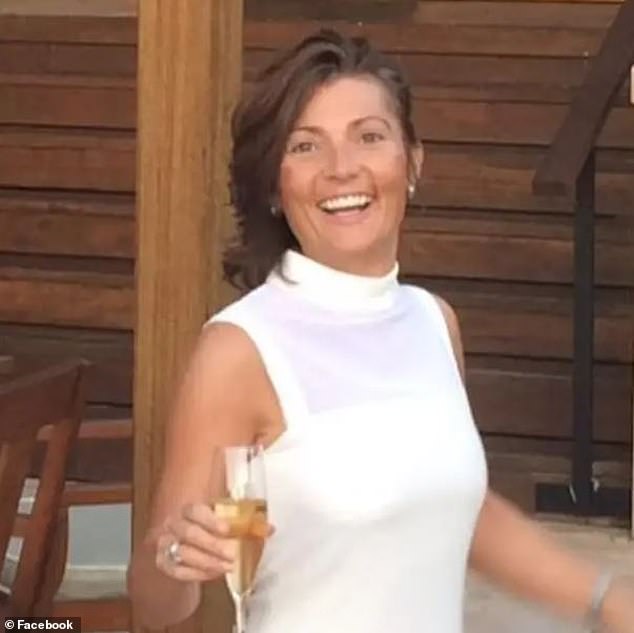 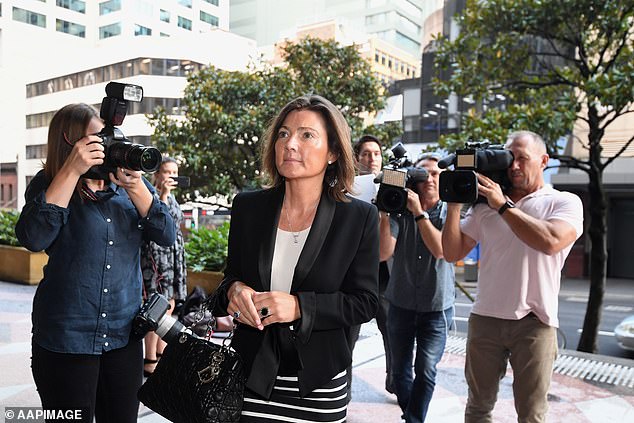 Rogers, the now-convicted former chief of staff to the National Bank of Australia’s chief executive, told the trial she received a house, a BMW car, a boat, holidays and other benefits after approving false bank invoices for Rosamond.

Invoices were made out to look like NAB expenditures, the prosecution alleges, including for a Toyota Kluger for Rosamond’s in-laws and a $30,000 fuel bill for a family member’s trucking company.

For her part, Rogers received benefits including a $620,000 trip with extended family to New York, Miami and other US cities in 2014 that included transfers by private jet and yacht, the jury heard in August.

She repaid none of these amounts, telling the court she simply asked Rosamond to pay them and it was done.

Rosamond allegedly offered money or other items ‘as gifts from herself, when in fact she had every intention for NAB to foot the bill’, crown prosecutor Katrina Mackenzie told a Sydney District Court jury earlier this year.

She allegedly also used fraudulent invoices to pay for almost $40,000 worth of large garden umbrellas for her own home in the Sydney suburb of Mosman. 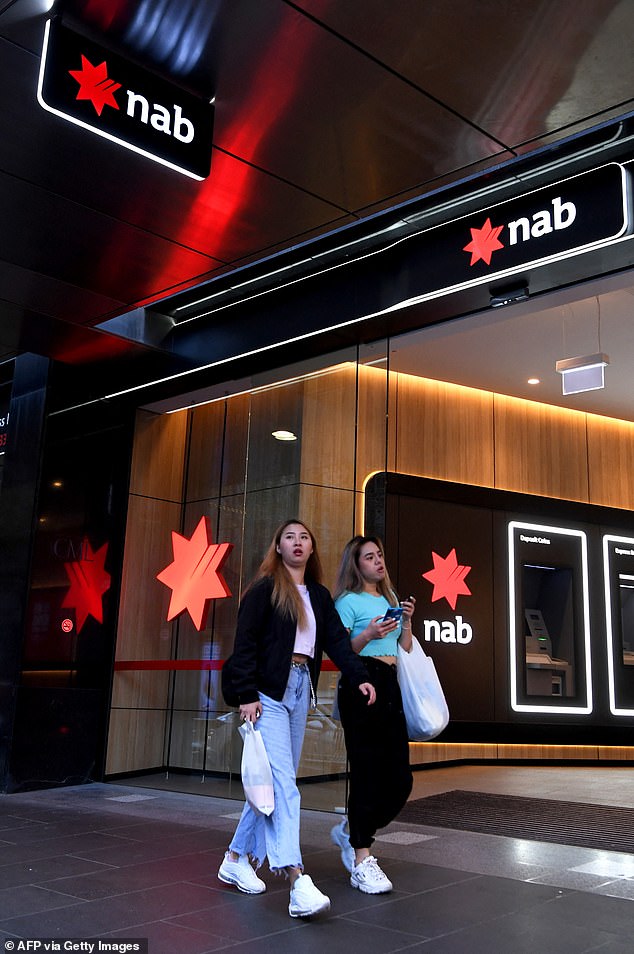 Rosamond has been found guilty of gifting former NAB staffer Rogers hundreds of thousands of dollars worth of benefits between 2013 and 2017 (pictured, a NAB branch in Melbourne)

These payments were not authorised by NAB and were made not only to financially benefit Rosamond but to ensure that Human Group’s contract with the bank would be extended, the court previously heard.

The costs are believed to have totalled more than $26million.

On June 19, 2014, Rogers requested that Human Group’s contract with NAB, initially signed in 2008, would be extended for a further two years.

Rosamond was acquitted of one charge. Justice Robert Sutherland has asked the jury to continue deliberating on the remaining 22 counts.