By Alyssa Guzman For Dailymail.Com

Three people are in serious condition after a Baltimore house exploded due to a reported gas line rupture.

A man and two women were hospitalized after an explosion at 1121 Bayard Street in Pigtown at around 2pm Tuesday. The building completely collapsed soon after.

The two women were reportedly taken to a burn unit and the man was taken to a shock trauma unit.

The women were inside the home when it exploded and the man was outside trying to help them, Assistant Fire Chief Roman Clark told CBS 2 Baltimore.

The house reportedly collapsed after the man entered the home.

The victims’ names have not been released. It is unclear if the man knew the two women.

Baltimore Gas & Electric is on the scene and Clark said there was a ‘ruptured gas line.’ Emergency services are working to shut it off.

Authorities are evacuating parts of the area and schoolchildren are in lockdown, CBS 2 said. 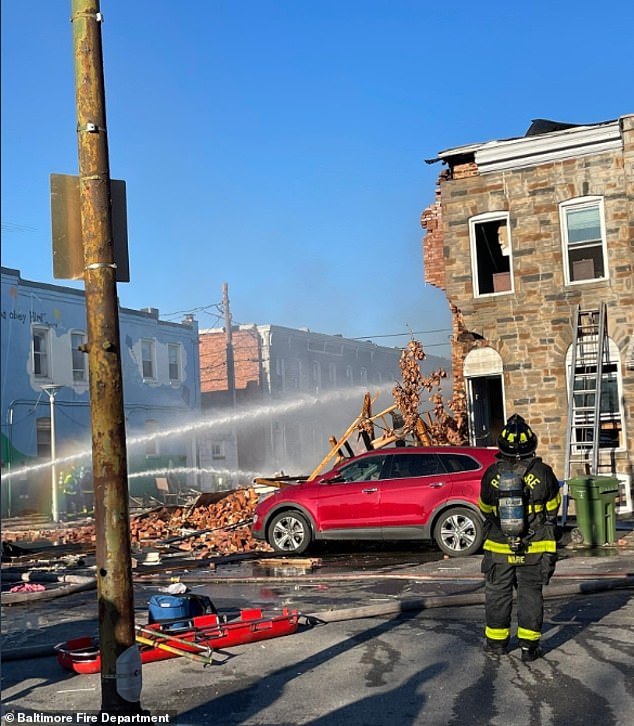 Three are in a serious condition after a Baltimore house exploded in Pigtown. The victims’ names have not been released and they have been transported to the hospital. A witness said he saw one of the female victims ‘run out the back door with her hair still on fire’ 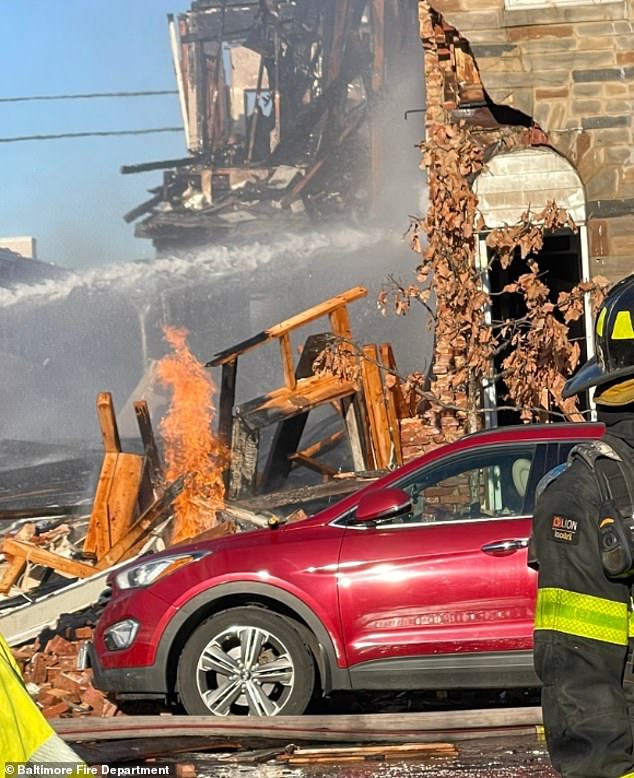 One man and two women have gone to hospital after an explosion at 1121 Bayard Street in Pigtown. The house reportedly collapsed after the man entered the home.

Firefighters are working to stop the gas fire, spraying several water streams on the home. 1121 Bayard Street has been completely destroyed and 1123 was also affected.

A pile of bricks was seen on the sidewalk, with only a small part of the home left clinging to the joint wall.

Windows were blown out on the neighboring home as smoke rises from the scorched remains.

A large group of firefighters are still on scene, as well as gas line workers as emergency vehicles litter the street.

Michael Bnowskyk was sitting outside a few houses down he heard the explosion, according to the Baltimore Banner.

As he felt the shockwave, he said he heard another boom when the walls of the home collapsed. 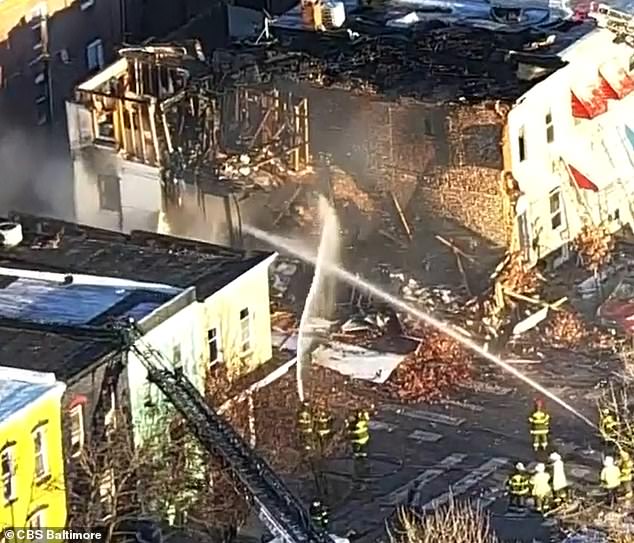 The remans of the home barely stand as burnt wood is continued to be sprayed by firefighters. The front bricks of the home lay in a pile on the sidewalk 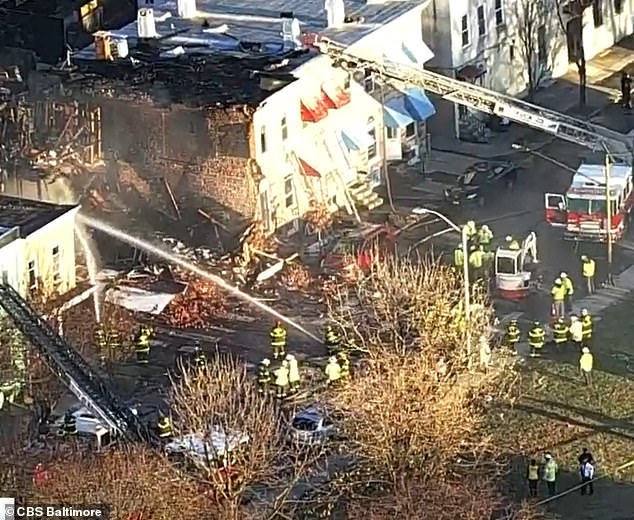 ‘That’s when I saw the lady run out the back door with her hair still on fire,’ he told the outlet. ‘She was burnt from head to toe. Her clothes were all ripped to shreds and tattered.’

Rodney Jones agreed, telling KPIC: ‘What happened was the house went boom! And the wall came down.’

Another neighbor told CBS 2 Baltimore that they heard the victim screaming ‘help me’ moments before the house exploded.

Neighbors are claiming it was a gas explosion. The cause is under investigation.

Many neighbors have been displaced and are waiting for the fire department to determine if the area is safe, according to CBS 2 Baltimore.

This is a developing story, check back for updates.