Three boys who were mourning the loss of their father have become orphans after their mother tragically died following a year-long battle with cancer.

Ethan, 20, Connor, 19, and Danny O’Dea, 10, were at home at Campbelltown in Sydney‘s south-west when their dad, Robert, suffered a piercing pain in his heart.

Their 39-year-old father died in March 2018 despite efforts made by the boys, their mother and paramedics to save him. 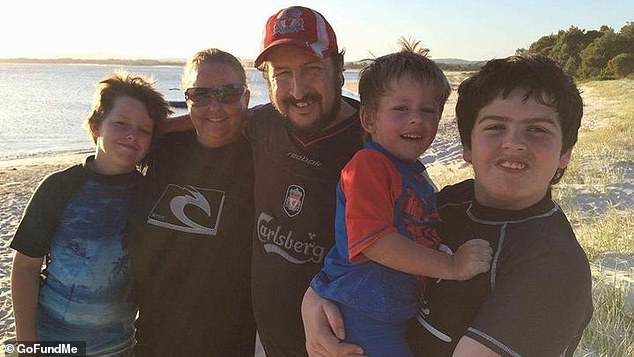 Ethan, 20, Connor, 19, and 10-year-old Danny O’Dea were left orphaned when their mother died of cancer three years after their parents tragically died within four years of each other (pictured, left to right, Connor, mum Lauren, Dad Robert, Danny and Ethan)

Lauren went through 20 rounds of chemotherapy, immunotherapy treatments and multiple rounds of radiation but the cancer spread and she died on October 16 this year.

The boys’ uncle James told 2GB host Ben Fordham on Wednesday that Ethan, Connor and Danny were coping the best they can despite losing both their parents in a short time.

‘They’re trying to get through each day the best they can and be there for each other as well,’ James said.

Connor also spoke with Fordham and said his little brother was still in ‘shock’ and the best thing he can do is ‘give him lots of hugs’ and help him with ‘any little thing he wants to do’. 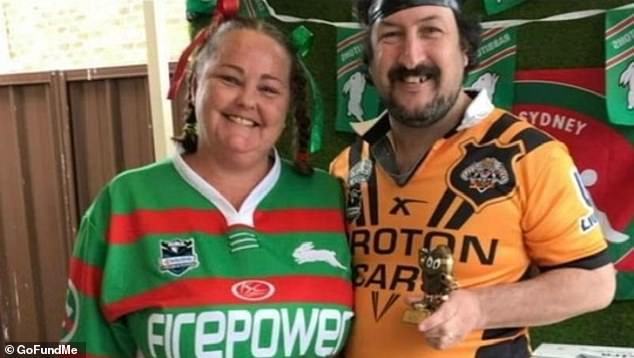 The boys’ mother Lauren (left) was diagnosed with stage four oesophageal cancer and died in October this year following a year-long battle with the disease. Their father Robert (right) suddenly died at their home in March, 2018

Uncle James explained that Ethan, who has autism, is completing a course through the National Disability Insurance Scheme and will be placed in a group home.

‘Ethan is continuing his course to hopefully get a job, Connor is back at work trying to earn some money and Danny has started a new school, his fourth in five years,’ James said.

Connor and Danny will move in with their aunty Sally, who has a family of her own and has to convert her home’s garage in Wattle Grove, 30km south-west of Sydney, into a room for the two boys.

‘She (Sally) has a family of her own so they’re going to be converting their garage into a bedroom for Connor to allow him to be with Danny as they progress through life,’ James said.

The boys’ other uncle Steve started a GoFundMe page to help them with funeral costs, outstanding bills and the ongoing cost of living.

‘Lauren never stopped fighting … but the cancer continued to spread and Lauren passed away with her boys and family by her side,’ Steve wrote.

‘Lauren was on a disability pension due to the treatment and was unable to work.

‘I’m raising funds to assist the boys with funeral costs, any outstanding bills and ongoing cost of living in order to give them time to grieve and not have the financial stress’ 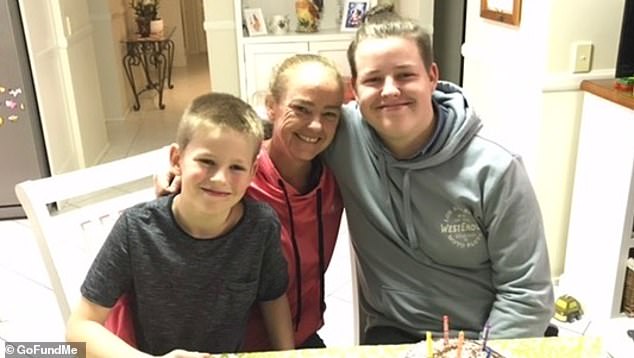 Family have started a GoFundMe page for the boys to help with funeral costs, outstanding bills and the ongoing cost of living (pictured, Danny (left), Lauren (centre) and Connor (right)

Within 24 hours of the breakfast show airing the fund had raised a massive $26,189. At the time of writing the fund has received 371 donations totalling $47,940.

‘Lauren was sick for a very long time. She was on a government pension and the family found it tough with the cash-flow side of things, so any support that can be provided will go a long way,’ James said.